Symach announced that its equipment and technology are fully operational in TDN Group’s first facility in the United Kingdom. TDN Group has also incorporated technology and safety equipment to calibrate Advanced Driver-Assistance Systems (ADAS) and repair electric and hybrid vehicles.

“Since installing Symach’s unique FixLine process, we’ve found that it has helped us with efficiency in our facility,” said Jordan Fisher, managing director of AXIOM-UK, a TDN Group Company. “The track system we installed creates a process and workflow that dramatically speeds up the movement of vehicles through the shop and Symach’s Drytronic technology fully cures paint in just few seconds.”

He said the equipment also allows the shop to quality control repaired vehicles and reduce the risk of rework and customer complaints.

“We enjoyed working with TDN Group to set up their world-class facility in the UK,” said Osvaldo Bergaglio, CEO of Symach. “Symach’s FixLine process and Drytronic technology will drastically reduce the cost and time of repairs at TDN Group’s shop.”

TDN Group was formed in 2014 as a Paintless Dent Repair (PDR) company. The company offered physical dent repair as well as PDR-related, including tool development and sales, training and accreditation, and catastrophe hail repair. In 2019, a body shop group in the United States, AXIOM Accident & Hail Repair, purchased 50 percent of TDN Group’s shares.

“The CEO of AXIOM Accident & Hail Repair, Bill Park, had developed a hybrid solution for the body shop industry that he wanted to bring to the UK,” said Fisher, who has a background in PDR and has worked in Dubai and throughout the world repairing vehicles damaged in hail storms. “This solution was to encompass PDR with Symach drying technology to dramatically reduce repair times and increase levels of quality.”

AXIOM Accident & Hail Repair had installed a FixStation at one of its sites in Colorado in 2018. It is equipped with a a Flydry robot, Paint Mixing Room, a Vacuum Sanding system and a Multibox with plugs and retractable air and electric.

Since then, Tony Frasher, co-founder of AXIOM-US, said they have found that the FixStation has helped with their business process by providing continuous workflow throughout the shop.
“The FixLine has performed extremely well and Symach technology is now part of AXIOM’s business model in the UK,” said Fisher. “We plan to install this equipment in every new site we open in the UK and Europe.”

The facility is being set up as an onboarding centre and functional body shop.

“Although we plan to limit the number of repairs to 70 per week, the system has the capability to double that figure,” said Fisher.

Fisher said the vision for the AXIOM-UK brand is to open 25 body shops within five years.

Photos of the site Read articles 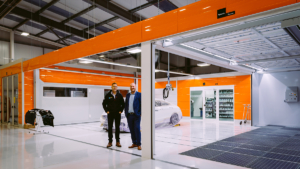 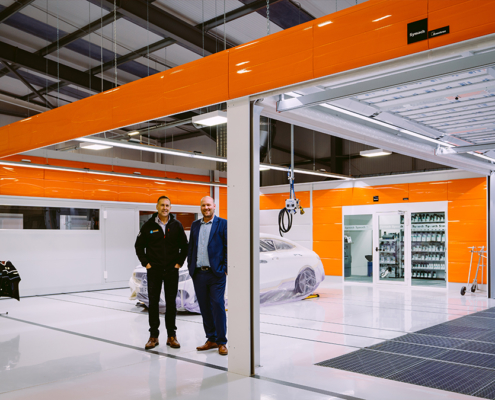 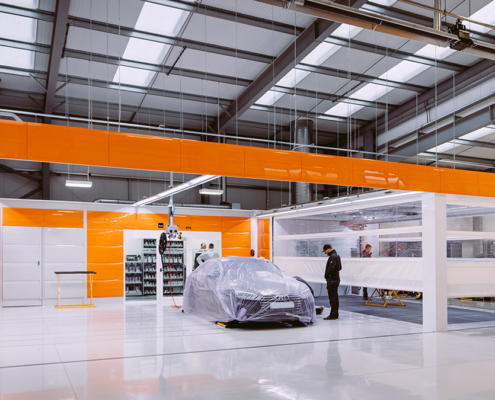 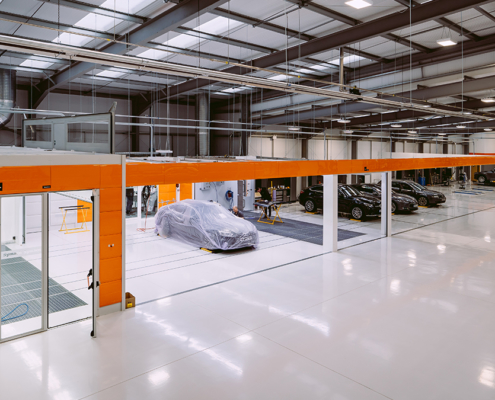 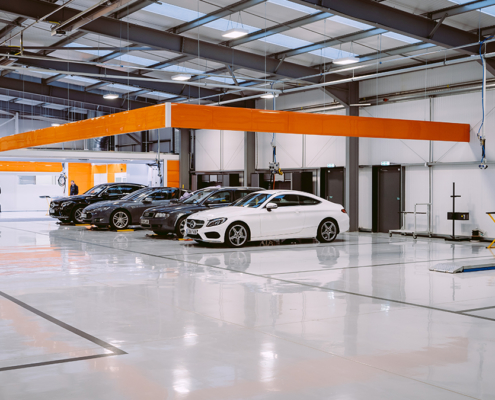 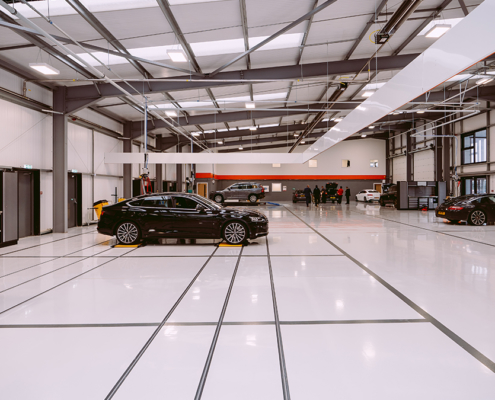 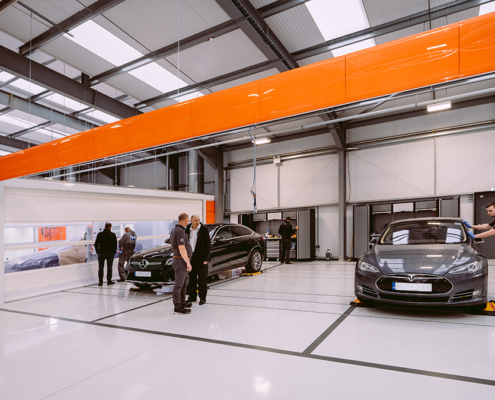 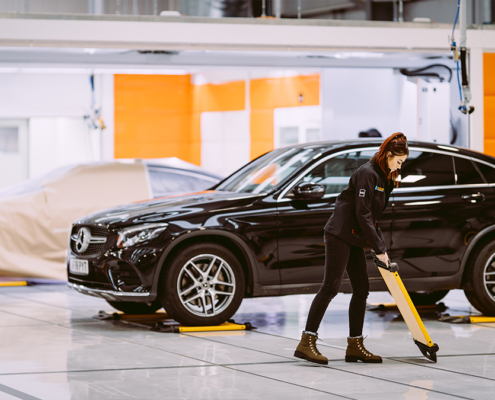 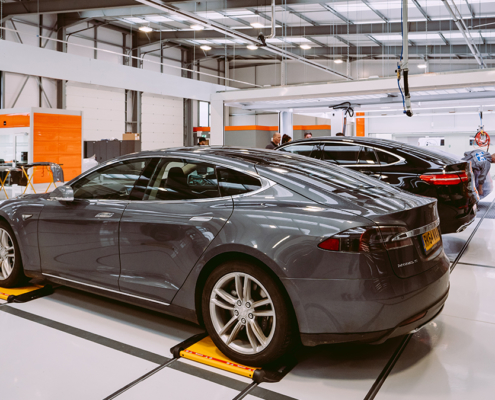 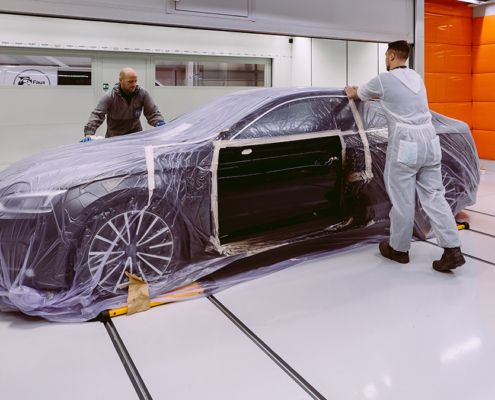 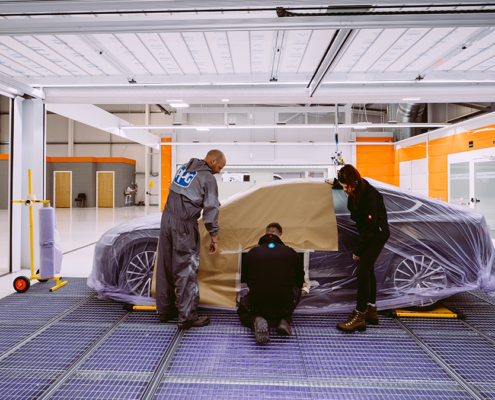 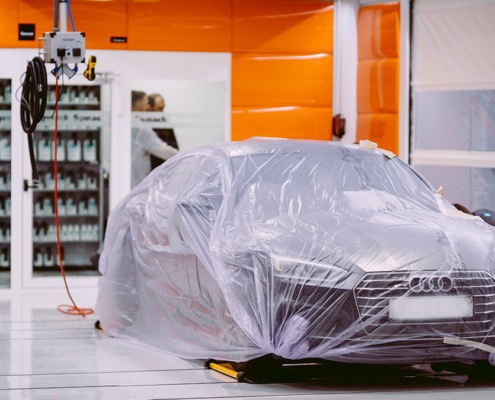 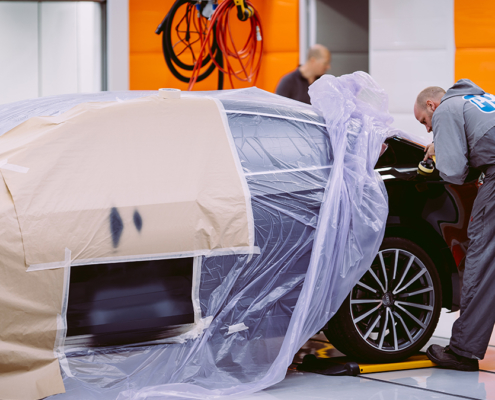 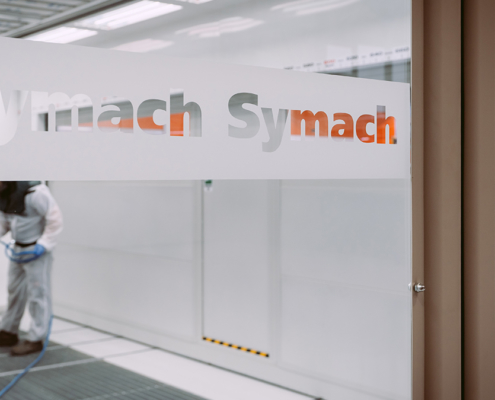 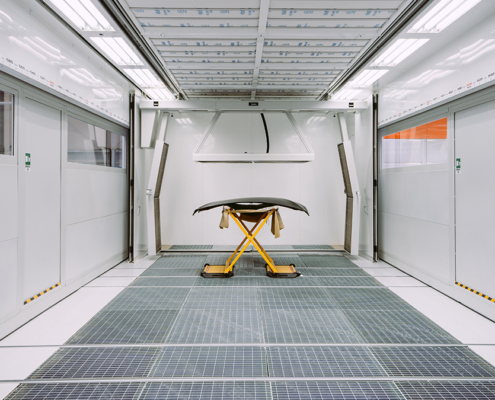 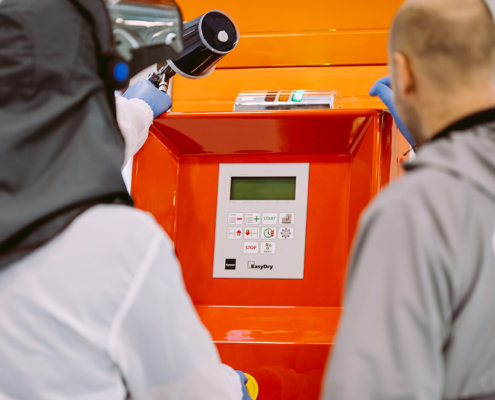 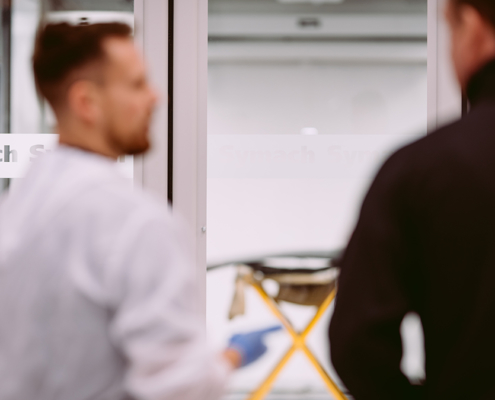 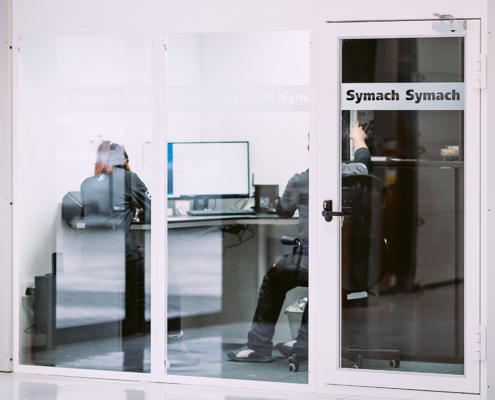