Symach has announced the installation of its futuristic technology and equipment at Better Image collision repair facility in St. Catharines, Ontario.

“I wanted to build the perfect facility,” said Josh Kazdan, owner of Better Image Collision. “With Symach technology and equipment, we can be the provider of choice and employer of choice. Our shop looks and operates drastically different than other shops. I truly believe this was the ONLY way to go, given that the playing field has changed before our very eyes. I wanted to be prepared for the future of the collision industry.”

Kazdan said he has been impressed with the Symach company ever since he saw an ad in a collision repair magazine featuring the equipment and body shop solutions.

“I remember looking at it and thinking, ‘yes! That’s the kind of shop that I want. It looks so modern and clean, futuristic and out of this world,’” said Kazdan.

Speed was also a factor in his decision to purchase Symach equipment. Not only will it help the shop keep up with the demands of insurance companies, but Kazdan said the equipment will also enable the facility to repair cars quicker for out-of-pocket customers. The patented drying process ensures there is a concrete repair from the beginning stages to the final product.

“Our customers don’t want to wait four or five days to have their car tied up in a body shop,” he said. “Utilizing Symach equipment, we can now provide one-day repairs on small collision jobs. Quicker turnaround and less rental days, mean happier customers.”

The facility uses Symach’s FixLine system, which includes two filler bays, the SprayTron prep stall, a FlyDry robot and an oversized mixing room, which they refer to as their “paint lab.”  The nine-meter paint booth has side-load doors and is equipped with an EasyDry robot. “The quality of the actual paint jobs coming out of this booth is jaw-dropping,” said Kazdan.

The shop also has a carwash detailing bay, two Symach frame machines and in-ground hoists, so technicians don’t have to crawl on the floor to work.

“It’s awesome. The Symach equipment is in and the shop looks exactly how I had envisioned,” said Kazdan. “There’s a bit of stigma around old body shops and I know people are changing and upgrading to get better prepared for what’s coming. I think by being the first one in Niagara we can attract like-minded technicians who want to work in a forward-thinking, lean shop using the very best equipment and processes.”

One of his goals was to continue with his journey to PCE (process centered environment).

“I was really working on setting up the ultimate shop for lean production,” explained Kazdan. “I wanted the correct layout for processing repairs properly and efficiently, and having the best equipment means we can throw a huge volume of vehicles into our shop, repair them to the highest standards and never bottleneck the system. This machine is hungry and can handle anything we throw at it with ease.”  Naturally, he said Symach was the perfect solution.

Kazdan established Better Image in 2001 working out of a 2,000-square-foot shop with a friend. Eventually, Kazdan knew there had to be more to the business than he was currently doing and relocated to a larger facility in 2009. In 2017, he received a “Top 40 Under 40 Business achievement award” and began thinking about opening a second location.

Kazdan began looking for a new home to build his dream body shop and contacted Symach to learn more about what the company could provide. Osvaldo Bergaglio, CEO of Symach, flew to Niagara Falls so the two could talk. Soon after, they began planning the layout and design of Better Image’s new location. Kazdan also spent time visiting other body shops that utilized Symach equipment to ask questions and find out about the Symach process and workflow.

“I wanted to make sure what I was buying into was as it appeared to be.” he said.  He soon realized that his vision was very similar to what Symach was selling.
“Osvaldo is a very smart man; he solves problems very quickly and effectively and understands process better than most people” said Kazdan.

Kazdan said it has been a long year, but they are happy to say construction is complete, technicians have been trained and the business is finishing its final touches. Now, Better Image Collision is operational at its two locations serving the entire Niagara region.

“I just wanted to make my job and my life easier, less complicated and less stressful,” said Kazdan. “Now, I have the ideal set up for a body shop and can unlock my doors, walk into a calm, clean working environment—somewhere where people enjoy working.”

He said he would not want to work any other way. “Once you see the light, how you could go back to the traditional way of doing things? It just makes sense,” said Kazdan. “Thank you to Symach, AkzoNobel, and Treschak Enterprises for all your continued support over the years.” 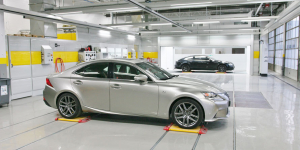 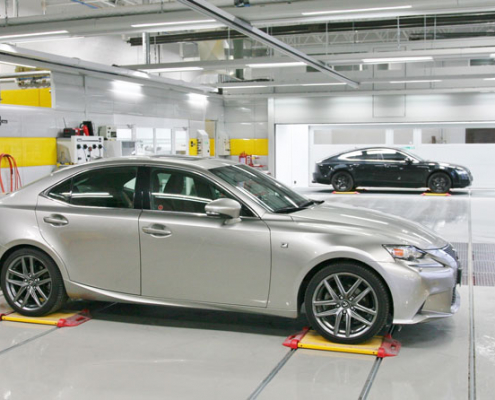 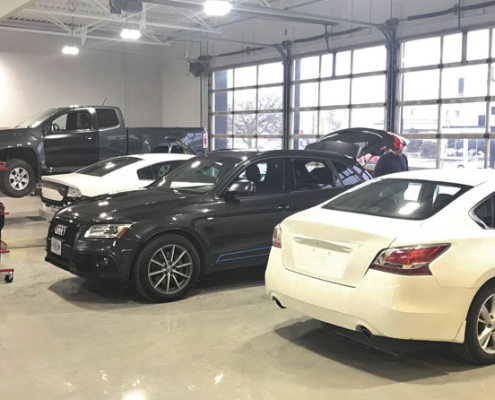 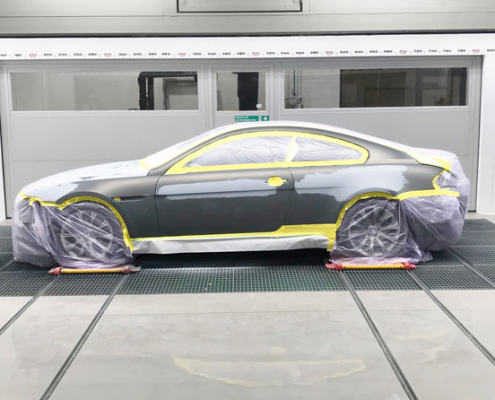